Fifi writes original music in a jazzy, retro pop style. Decadent, confessional and elemental, Fifi’s songs reflect her nostalgia about music from times gone by, when it was theatrical and glamorous, before it lost its innocence and still had that beautiful imperfection that made it such an emotional experience.

In 2011, Fifi released her debut album of original material, “It’s True” (available on iTunes). The tracks off the album were extremely well received and gained extensive airplay on radio stations all around Australia. The highly popular title track was added to rotation on Sydney’s FBI 94.5FM (among many other stations) and climbed its way into the AirIt Great Southern Charts Top 10 for three consecutive weeks. The record was also named in the Top 10 Tip Sheet of recommended albums released by PBS 106.7FM in Melbourne. Fifi’s music videos have had multiple screenings on ABC’s “Rage” program and many other televisions shows.

Fifi continues to write original tunes, which she hopes to record in the future.

Fifi’s original music repertoire is also available for performance on demand, in any band configuration from duo to full band. 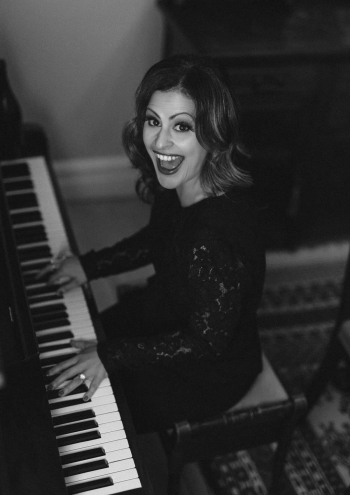 Since You Said Goodbye